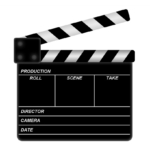 Looking for a male ACTOR in his 30s/40s . Filming will take place across one day on the 4th March in Elephant and Castle, London. It is a very exciting opportunity for you to add to your demo reel and build experience!

Set in mid 1950s Britain, The Puppet Show is a psychological thriller following puppeteer Harry as he gets ready for puppet show one morning. We watch as the compassionate relationship between him and his puppet comes crashing down when he must confront his past family life and career as a failed musician.

The original concept of the film and the lead character of Harry is based on the real-life puppeteer Harry Corbett who was famous for the Sooty and Sweep puppet show that aired on television from 1952 and has ever since then continued.

The ability to puppeteer is ideal but not necessary!

The work is unpaid, but there are other benefits that we can offer. Auditions will take place across the 10th, 11th and 12th February. If you would like to get involved its great for Showreel so apply now.

You must sign in to apply for this position.